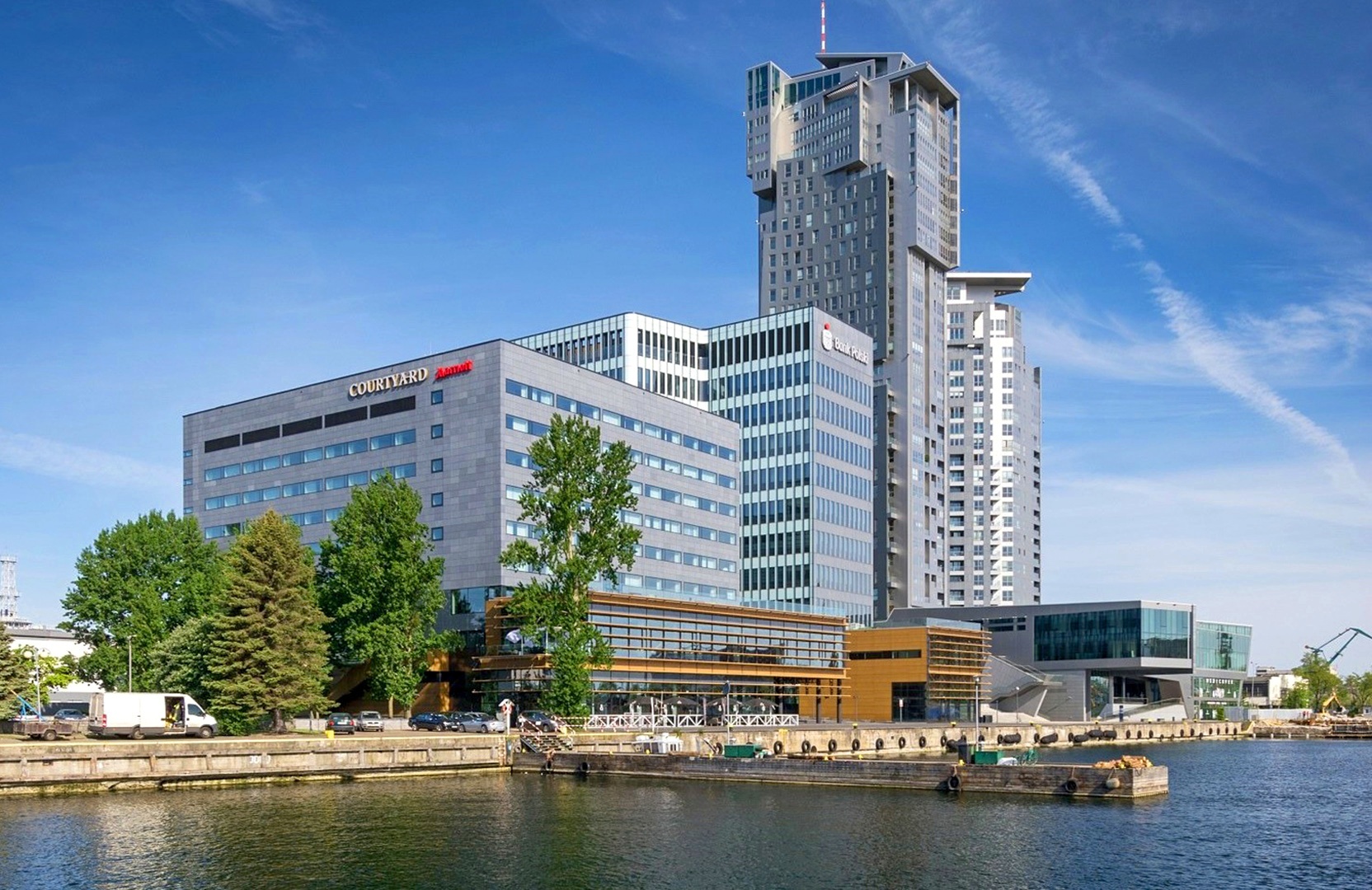 Several years after the commissioning of the Sea Towers skyscraper, the buildings of the Watefront complex have been built on the neighboring plot. The building of the Courtyard Gdynia Waterfront hotel for the Marriott chain consists of 9 floors and covers 14,000 m2 of space. A slightly taller 11-storey office building with an area of 16,000 m2 is being built nearby.
Combined systems of fan coil units and chilled beams require a chilled water supply. The methods proven in practice in Sea Towers to reduce the costs of using buildings, i.e. cooling with sea water, can be called the "sea cooling" system. Since chilled beams require chilled water with a relatively high temperature of 16°C, seawater drawn from the President's Basin, after passing through a heat exchanger, can be used directly for cooling for a large part of the year. In this way, an inexpensive source of cooling is obtained at the expense of only a small amount of electricity to drive the circulation pumps.
The compressor cooling units are only started up when the water in the sea exceeds approx. 15°C (and the Baltic Sea is not particularly warm). However, in this case, the port basin is still being used and the chillers give off the heat of condensation to the seawater.

The seawater intake and discharge technology itself was similar to that of the nearby Sea Towers, although there were some differences. The circuits for the hotel and the office building were separated, the well structure and the location of the seawater pumps were also different. A 780 kW cooling unit is provided for the office part, and a 695 kW cooling unit for the hotel part. In addition, the project had to meet very strict requirements, as it was necessary to demonstrate the extent of the thermal impact of the discharged water. As well as the lack of mutual environmental impact in the context of the already existing and adjacent Sea Towers system.
Ultimately, however, in 2015, both buildings were put into use. Thanks to the renewable energy resources of the sea, Gdynia Waterfront users can enjoy low maintenance costs.