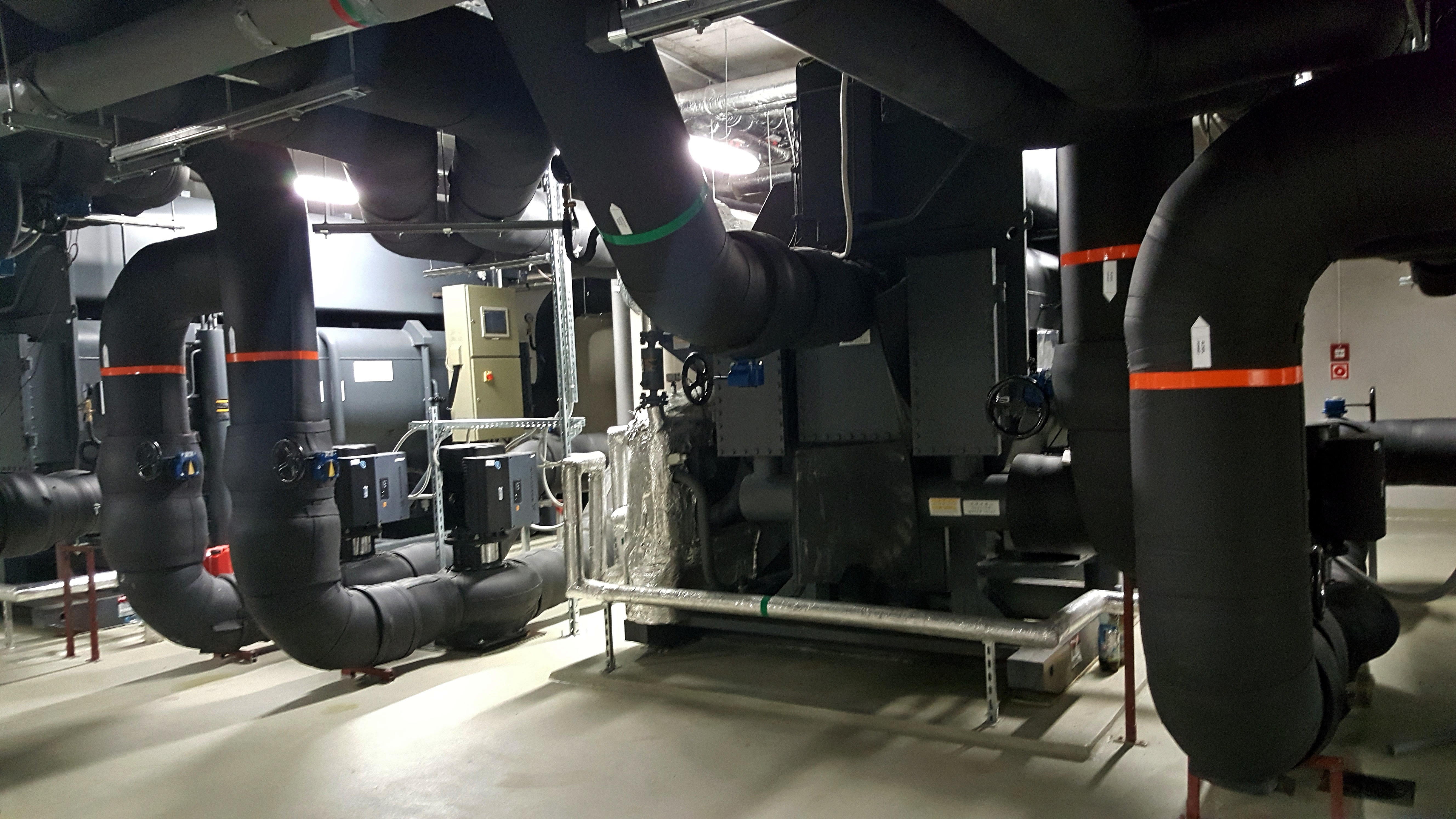 Modern operating blocks with an Intensive Care Unit, a Hospital Emergency Department with an emergency room, single and double sick rooms with bathrooms, a helipad on the roof of the hospital - this is what the University Clinical Hospital of the Medical University of Bialystok looks like after the reconstruction.

Ventilation and air conditioning systems in this type of facility, due to the high sanitary requirements, "eat up" large amounts of energy. Of course, the design of, for example, highly efficient radial-axial fans reduces the electricity requirement. However, the technological requirements in relation to the need to provide a large amount of fresh ventilation air and the use of diffusers with HEPA filters inexorably generate significant operating costs.

Can anything be done about it? Of course, yes - try to design non-standard solutions. Quite archaic Polish regulations explicitly prohibit the use of recirculation. However, if a study is performed with calculations, diagrams and proper justification, a derogation can be granted. And that's exactly what the Klimaster designers did. As a result, in accordance with the decision of the Provincial Sanitary Inspectorate, all 12 central air-conditioning systems of operating tracts were equipped with an air recirculation system, which greatly increases the energy efficiency of the entire system, while maintaining all hydrothermal parameters and air sterility in operating theaters.

The high standard of the facility forced a large demand for cooling energy. As a standard, its production is based on compressor cooling units driven by electric energy. And this, as you know, is very expensive. Can something be done about it too? Yes of course. The local heat and power plant supplied the hospital with high-parameter steam used for heating and technological heat preparation. So it was tempting to use it to produce cold. People without technical education will probably be surprised here. How can steam at 160°C be produced to produce a chill at 7° C? But it is possible - with a bromolite absorption aggregate. And two such machines, called "locomotives" by the hospital technicians, were designed at the USK hospital. Both chillers produce chilled water for a total of 2,326 kW of cooling capacity.

Heat dissipation from absorption chillers is ensured by fan water coolers. To reduce their size, as well as investment costs, coolers with the Spray system were designed. In case of high outside temperatures, a special pump is turned on, spraying the water in the form of an atomized "mist". This greatly increased the efficiency of the fan cooler, reducing the power consumption of the fan motors. In addition, the water to feed the sprinklers did not come from the water supply network, but instead used waste condensate from the steam heat substation. 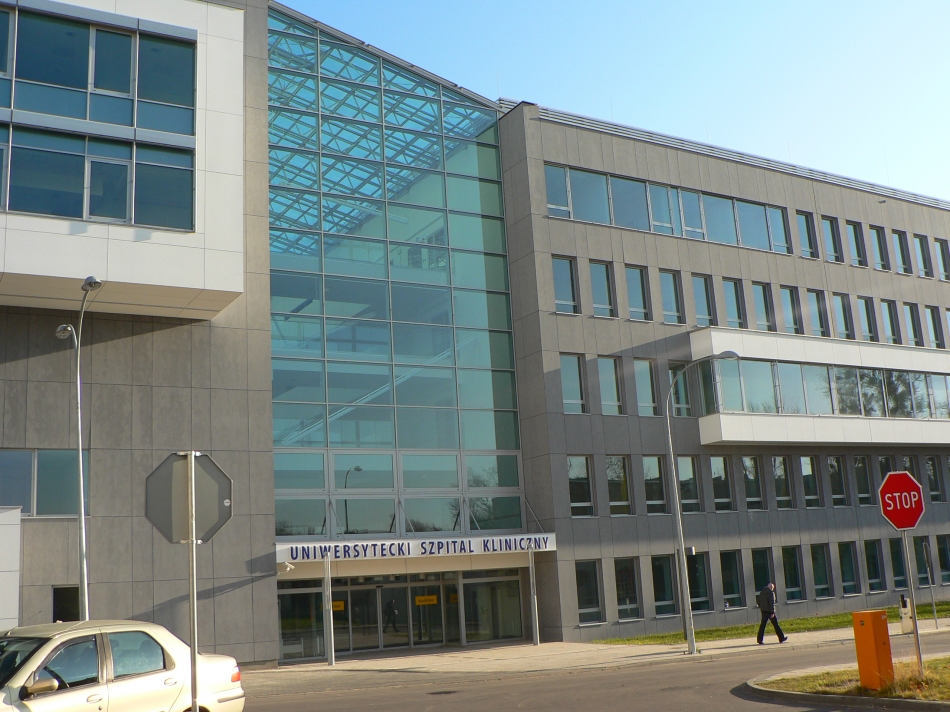 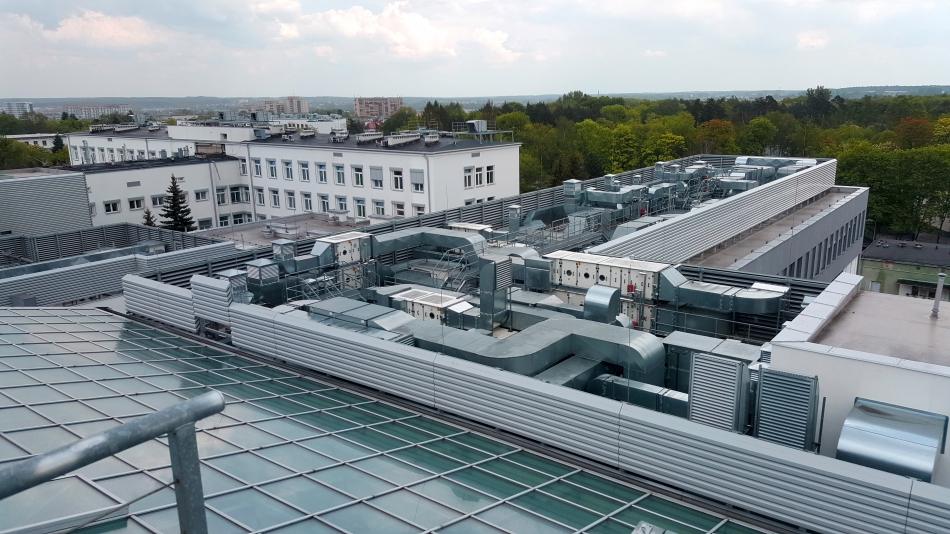 A view of the roof over one of the hospital wings 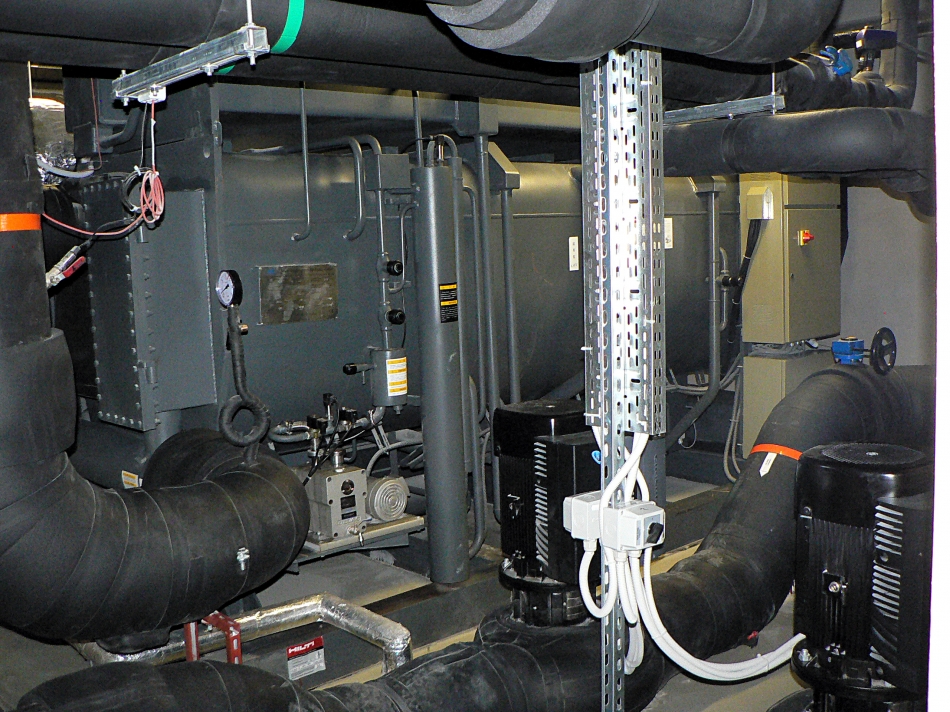 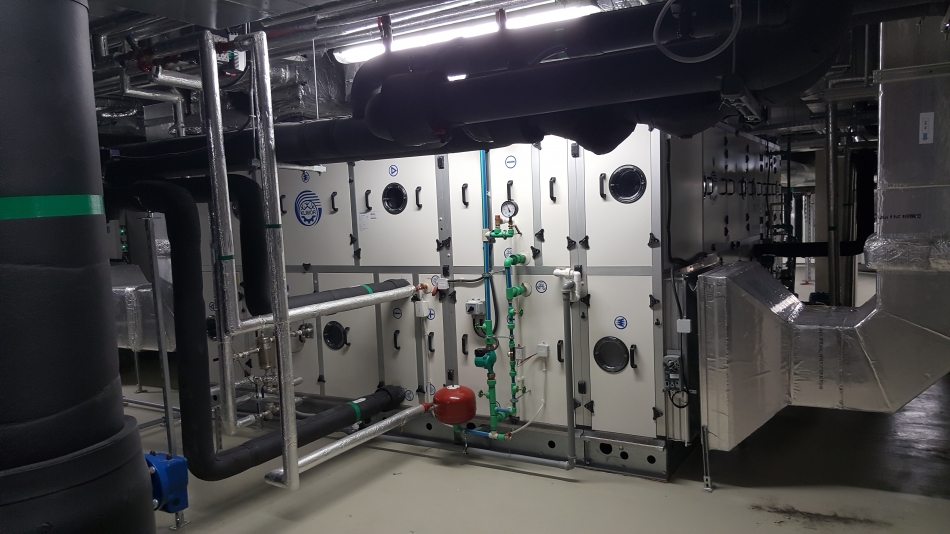 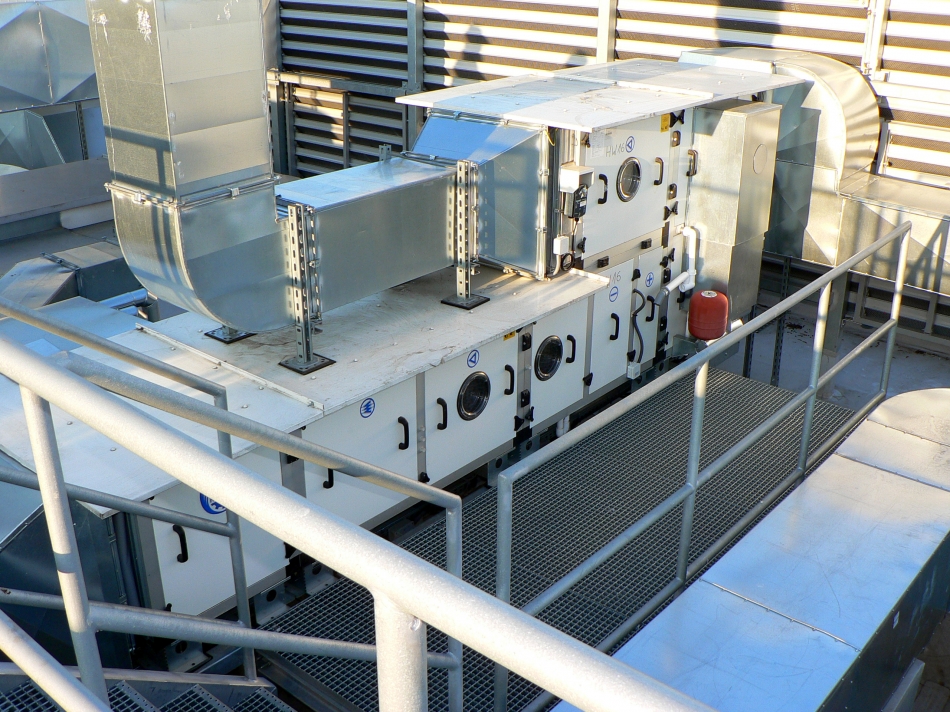 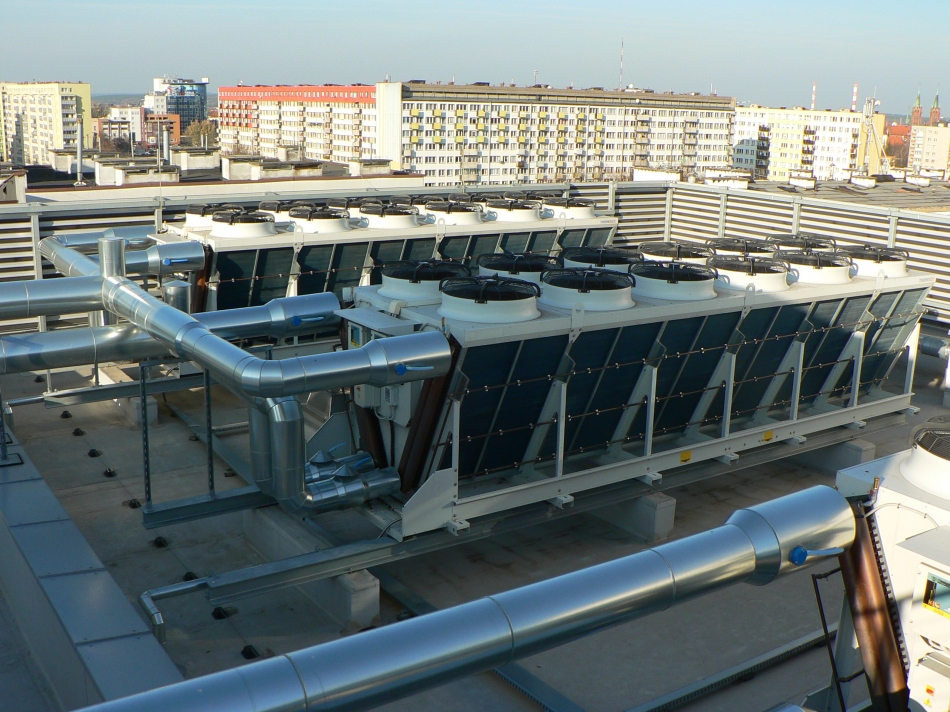 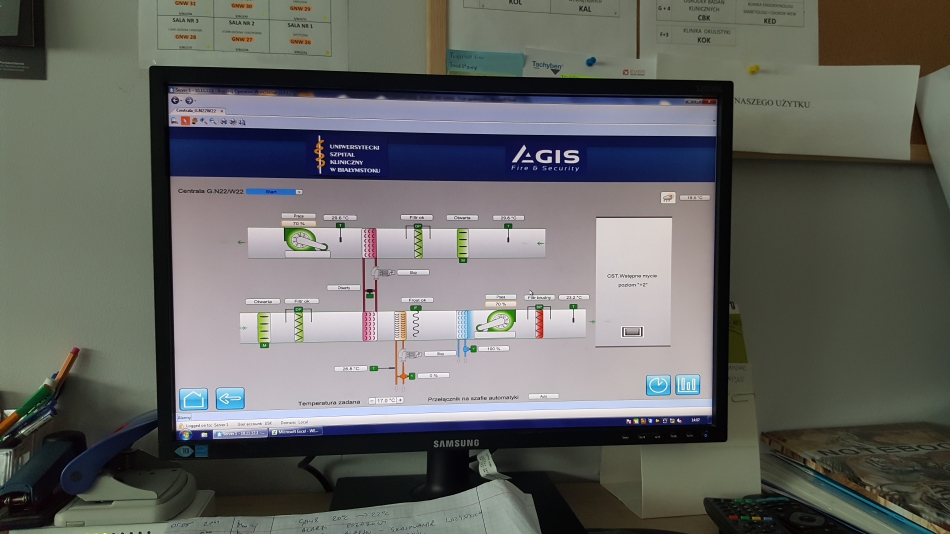 Air conditioning devices are visible in the BMS system 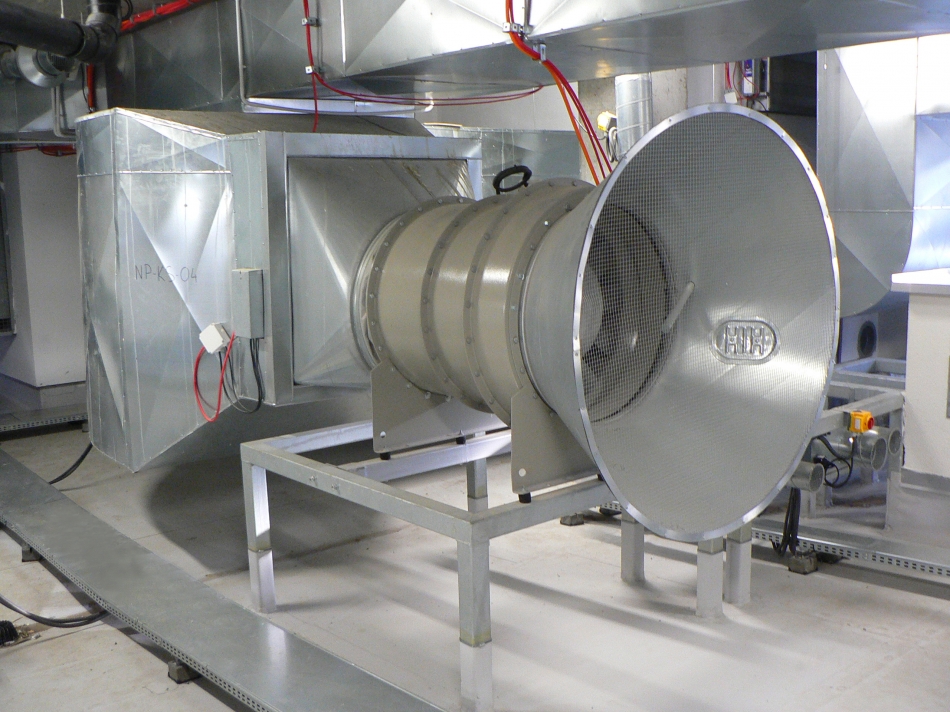