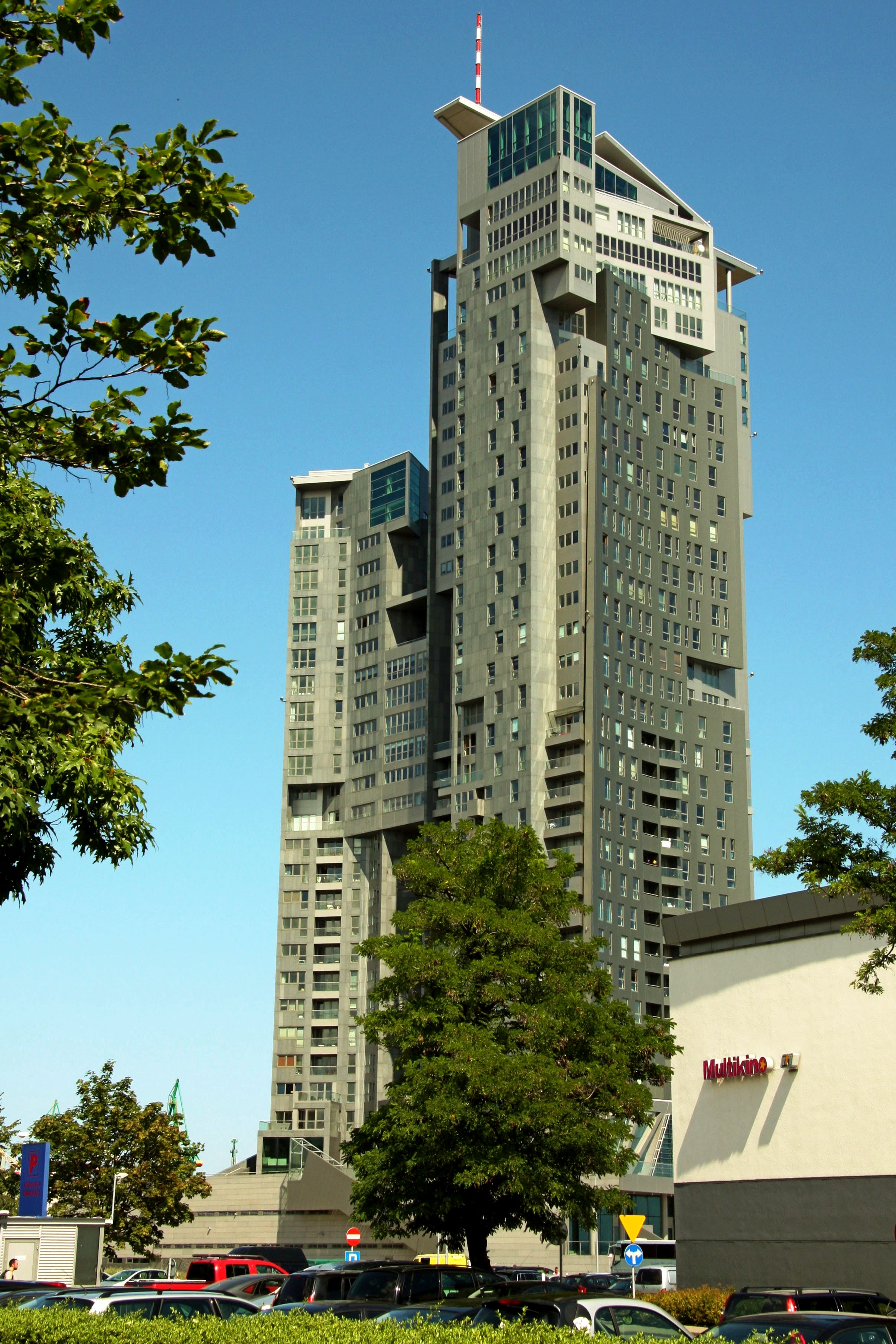 Sea Towers - a complex of two skyscrapers with a common base located in Gdynia. At the time of commissioning, at 138 meters high, it was the tallest residential building in Poland. It is a complex consisting of two towers and a pedestal intended for technical and garage facilities as well as service, office and commercial premises. The residential zone consists of air-conditioned apartments of various configurations and sizes. The numbers indicate the scale of the building. The weight of both towers is 140,000 tons, and more than 40,000 m3 of concrete and 4,300 tons of steel were used to build them.
The various ventilation systems are standard and not really worth a description. Similarly, the air-conditioning system based on classic fan coil units and chilled water installation.
However, the design of the central cooling source was original. In two cooling engine rooms, screw chillers cooled with liquid, with heat exchangers resistant to salt water, were installed. The heat of condensation is transferred to a cooling system based on seawater taken from the nearby harbor basin. Three independent cooling circuits have been designed - for the office and service part, for the "A" tower and for the "B" tower, with a total cooling capacity of 1,550 kW.
A seawater intake well has been built in the port quay. There are three specially designed centrifugal pumps. This solution allowed for the elimination of a very critical element for the proper operation of the system - the non-return valve on the suction of sea water pumps.
Due to the ease of maintenance of the pumps, the structure of the suction well was made not as a flooded well, but as a dry well. In this variant, sea water pumps could be used, without the self-priming function, as the sea water table is located 2 m above the pump suction port.
The pumps are powered by frequency converters located in the cooling engine room, which regulate the sea water flow as a function of the condensing pressure of the chiller or the temperature of the water leaving the condenser. As a result, the proper condensation pressure for the operation of the units was maintained and, at the same time, energy savings were achieved at partial loads of the cooling system.
In accordance with the requirements of the water and legal survey, a meter with an ultrasonic flow transducer and temperature sensors of intake and discharged water were designed for measuring the parameters of the exchanged seawater. The entire project required not only a number of formal arrangements (Maritime Office, Environmental Protection Department, port wharf owner), but also obtaining a bathymetric map, water temperature measurements in the port basin at various depths, as well as archival designs of wharf caissons.