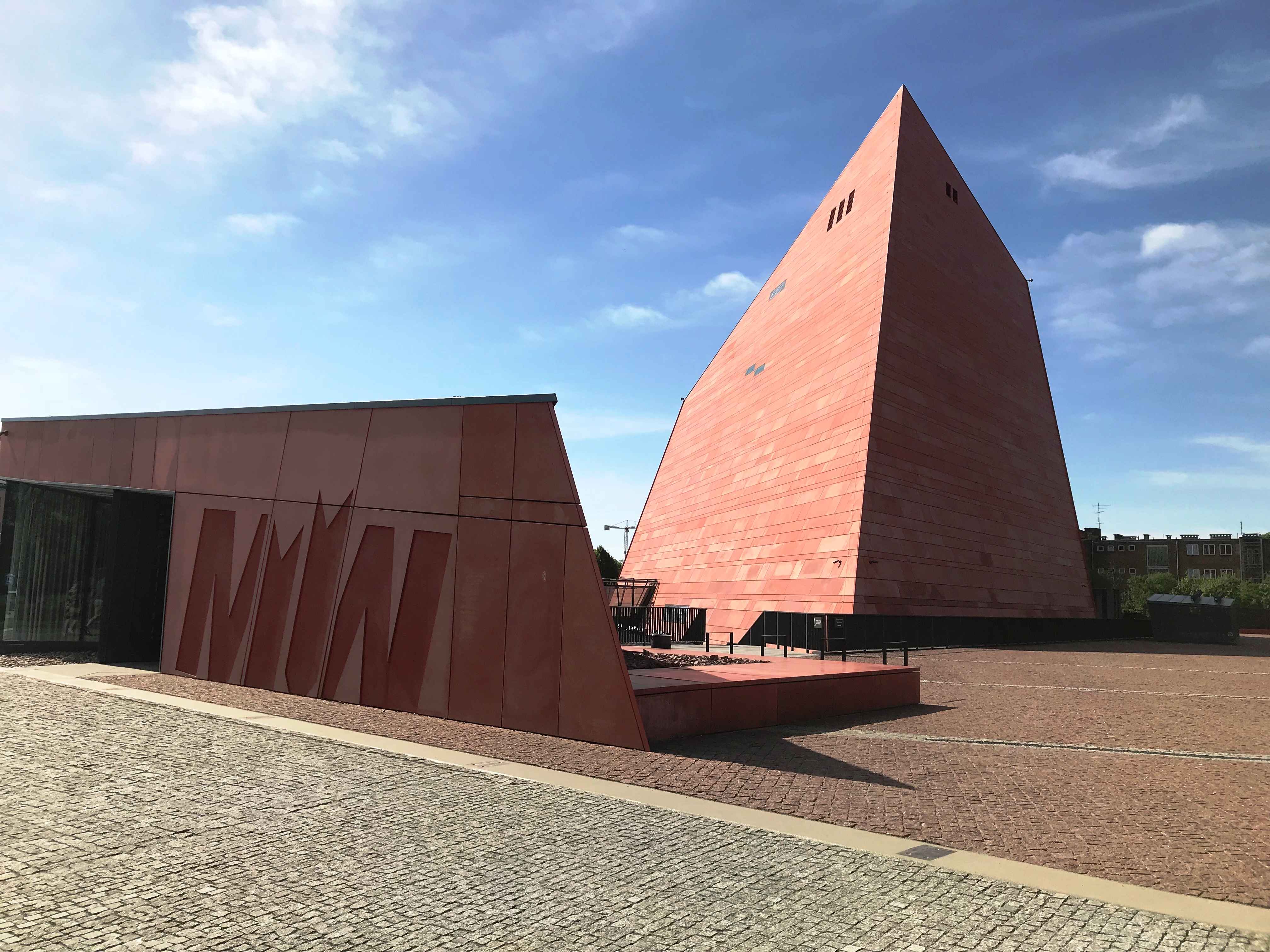 MUSEUM OF THE SECOND WORLD WAR

The modern facility of the Museum of the Second World War in Gdańsk is undoubtedly one of the most interesting and significant points on the map of Tri-City attractions. The square next to the inclined tower was supposed to remain "clean" in its form in the architectural concept, therefore it was not possible to design any technical devices within it. The oblique tower that shoots upwards is only the "tip" of the building, as the rest is 14 meters below the ground. All the outer walls of the tower are sloped at different angles, and ventilation ducts run through the double walls. Due to the specific nature of the wall, the pipes were laid along with the pouring of the reinforced concrete skeleton. From the point of view of the ventilation and air conditioning design, the huge museum building was a real challenge.
Many separate ventilation and air conditioning systems have been designed for the building, serving a specific group of functional spaces. The assumption was very high energy efficiency in the operation of the building and limitation to the necessary minimum of technical equipment in the vicinity of the above-ground structure of the building, which resulted in a non-standard HVAC solution.
Due to the extremely irregular cooling and ventilation load, most systems work with a variable air volume based on VAV regulators controlled by temperature or carbon dioxide sensors and with a variable degree of recirculation. Obviously, this translates into savings in heat, cooling and electricity used to drive fans in the air handling units.
However, the most interesting engineering element is the energy source for the air-conditioning of the facility. Due to the proximity of the Motława River, the source of cooling for air conditioning and partially technological heat for heaters in air handling units are chilled water cooling units and a unit with a water-water heat pump. This unit can be turned off in the winter and transitional periods, and the cold technological water is obtained by the exchanger directly from the Motława, creating a system called free cooling.
The unusual source of cooling for the Museum was based on special cooling units with river water-cooled condensers with very good EER coefficients. The part related to the circulation of river water was technically complicated and required a number of treatments. It was necessary to obtain a water-legal permit for the intake and discharge of water into the river and arrangements with the Maritime Office in Gdynia, the Environmental Department of the City Office in Gdańsk and the quay project in this area.
A specialized hydrological project was completed, including the construction of the intake and discharge, and wells located on the quay, as well as transmission pipelines transporting river water to the main cooling engine room.
Thermal-flow calculations and analyzes had to show that the conditions for the proper use of the environment were met and that the refrigeration system did not have a significant impact on them. All the difficulties were overcome and the result was a quiet and economical source of cooling for air-conditioning installations with a peak power of 1600 kW, providing an original engineering solution. 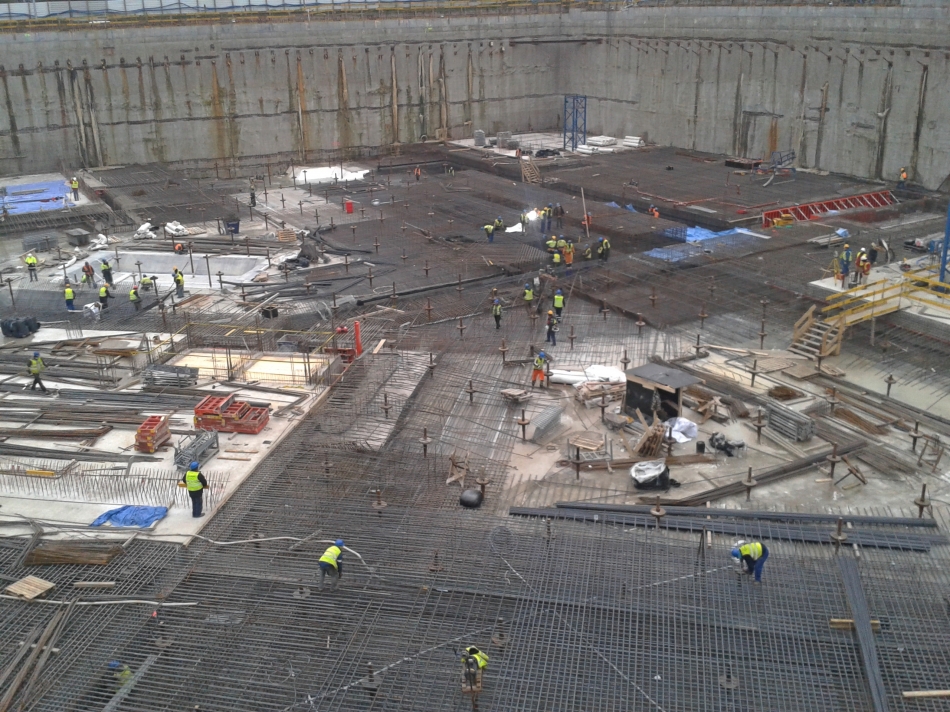 A huge hole in the ground 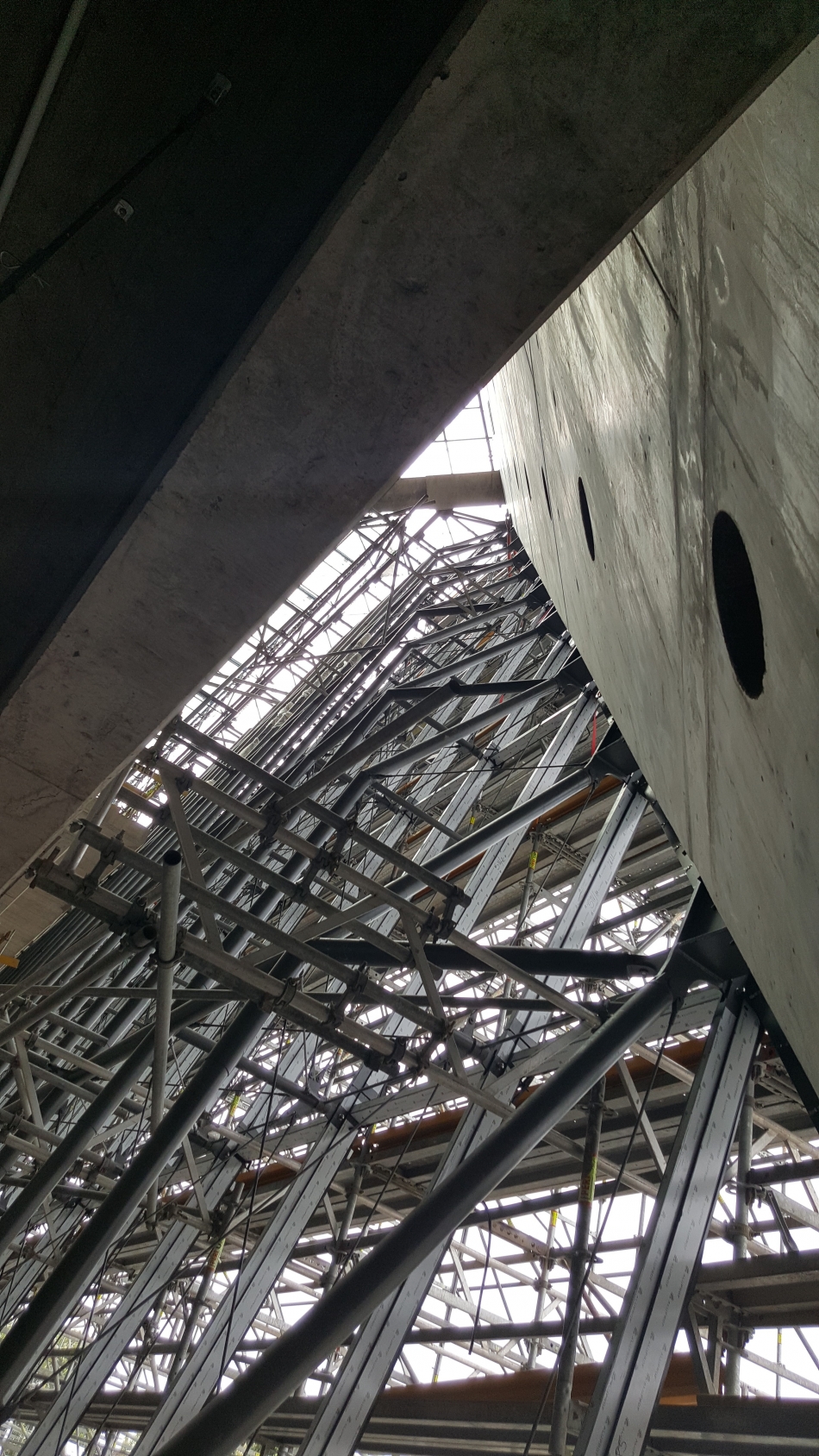 No wall is straight here 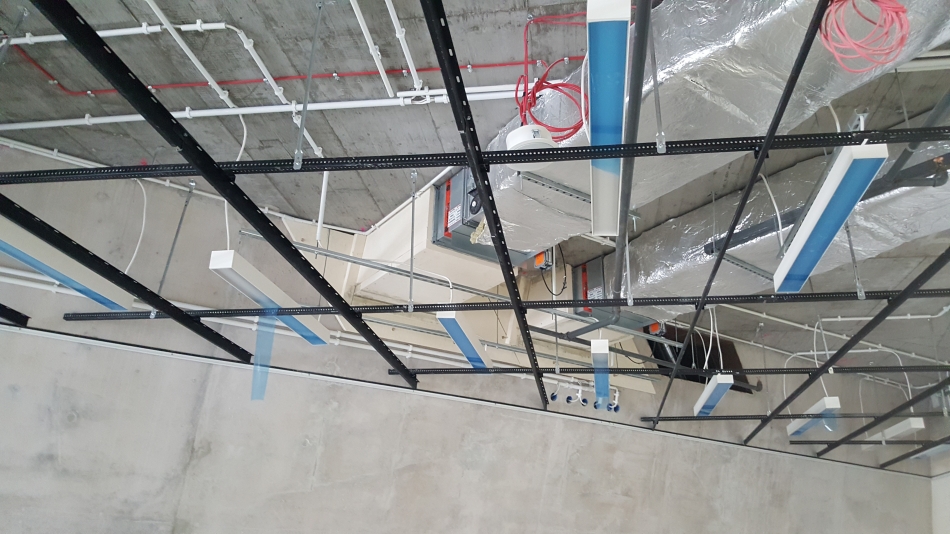 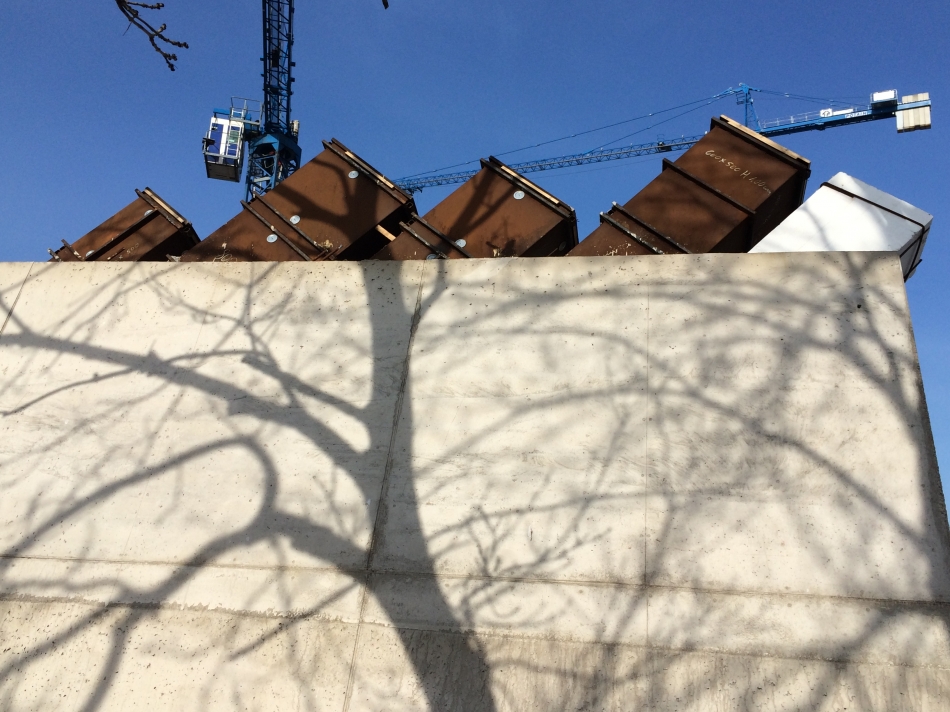