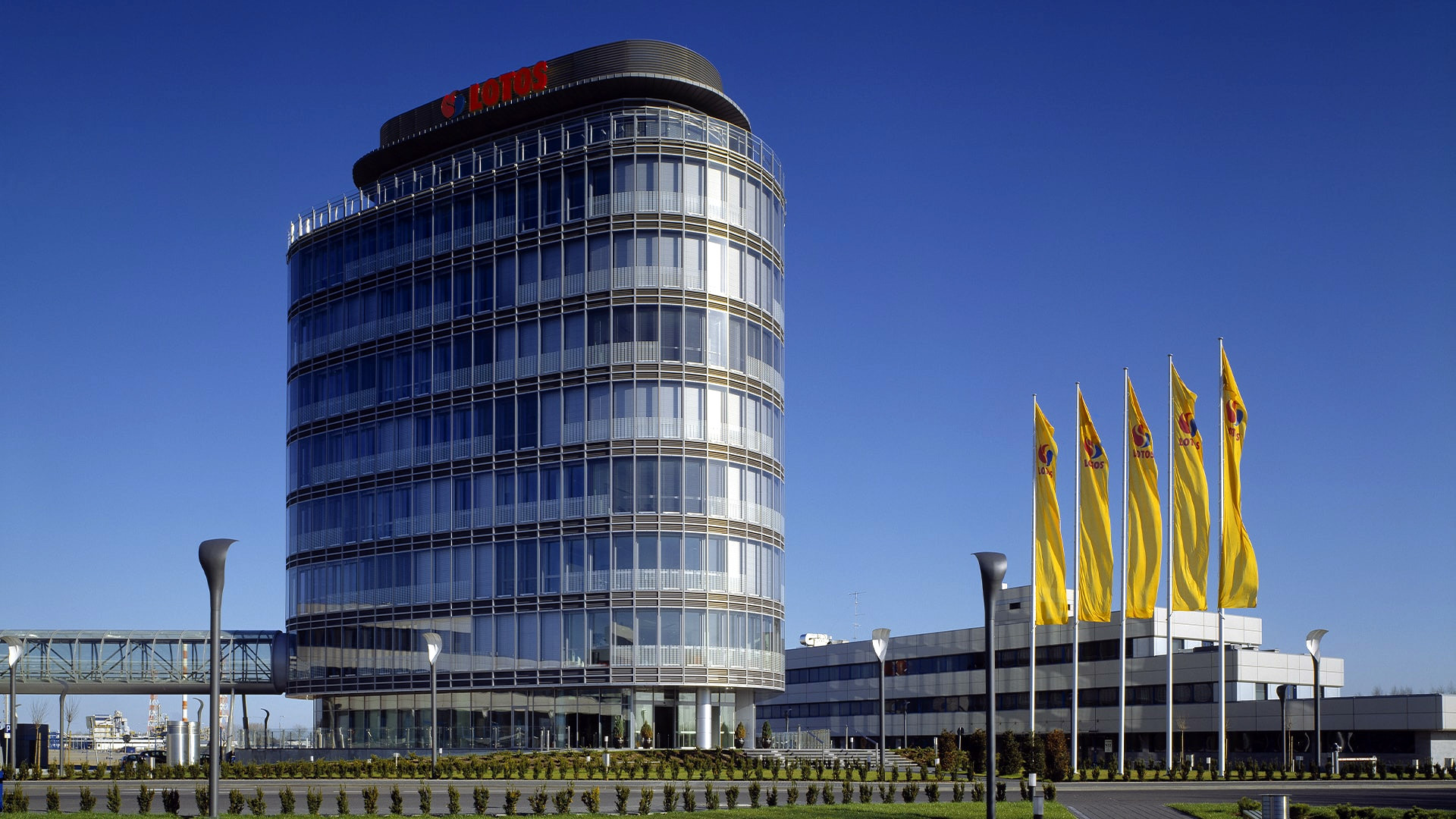 The tendency prevailing in the world and also in Poland prompts architects to design buildings that are almost completely glazed. The main reason is the great aesthetics of such solution. However, one should also take into account the issues of energy efficiency such solutions and the impact of the glass facade on the thermal comfort of people in the building.
Optimizing energy issues and achieving good microclimate conditions can be achieved by an architectural solution of the facade through the use of the so-called double skin. With this in mind, a very interesting building of the LOTOS headquarter in Gdańsk was built.
The air-conditioning systems used in it do not differ from those used in a corporate building. A 3-pipe VRV air conditioner system from the leader in this field, Daikin, was designed. It provides individual temperature control in each room. Just an ordinary system that is optimal in terms of costs and energy. On the other hand, the facade system designed in the architecture of the building is of key importance for the size and electricity consumption of air conditioning systems.
The double facade consists of two glass surfaces forming a chamber through which air can flow. The air flow in the chamber forming the ventilation channel is natural, forced by the nature, mainly by convection, but also by the dynamic pressure of the wind. The internal surface consists of windows that can be opened by room users. Of course, they have built-in reed switches that turn off the air conditioning system when the window is opened. The outer surface is a sheet of reinforced glass. The parameters of external and internal glazing differ in order to obtain the optimal balance between the translucency for visible light and the penetration of solar radiation inside the rooms.
In the space of the double facade, heat exchange takes place, regulated by inlet and outlet openings. The louvers, located close to the external glazing pane, are a very important element. Their task is to reduce heat gains in the period of high external temperatures, intensified by intense solar radiation.
On cold and cloudy days, on the other hand, the shutters can be opened, letting in the maximum amount of light and sun radiation. Each room is equipped with a controller that controls the opening of the blinds, giving the user the ability to individually, depending on his own preferences, control the amount of light entering the room.
These are not the only advantages of a double facade. In winter, the air flow inside the inter-pane chambers is limited. Since air is a good heat insulator, the air layer inside the chamber significantly reduces static heat losses. At the same time, on sunny winter days it allows you to increase the profits from sunlight, reducing heat consumption for heating.
Another quite important element increasing the energy efficiency of a building is the possibility of using the so-called night cooling. After the office day is over, night comes and with it, the outside temperature is lowered. It is possible to open the internal windows, because the external glass and the air chamber of the double facade protect against possible bad weather. The cool air flowing into the rooms lowers the internal temperature, and the powerful heat accumulation of walls, ceilings, furniture and all equipment lowers the cooling energy consumption on the next day.
It would seem that it is still difficult to find any advantages of the double facade . However, there is one more, very important for the comfort of the office building employees. It is related to another aspect of this comfort. It is about acoustics. The "double skin" of the facade is a double acoustic insulation that protects against the penetration of noise from outside into office rooms.
And finally, the icing on the cake. Inside the double facade, a lighting system based on colored LED strips was installed. A special controller allows the facade to assume any color at night. It even allows to generate moving inscriptions on the facade or other graphic elements.