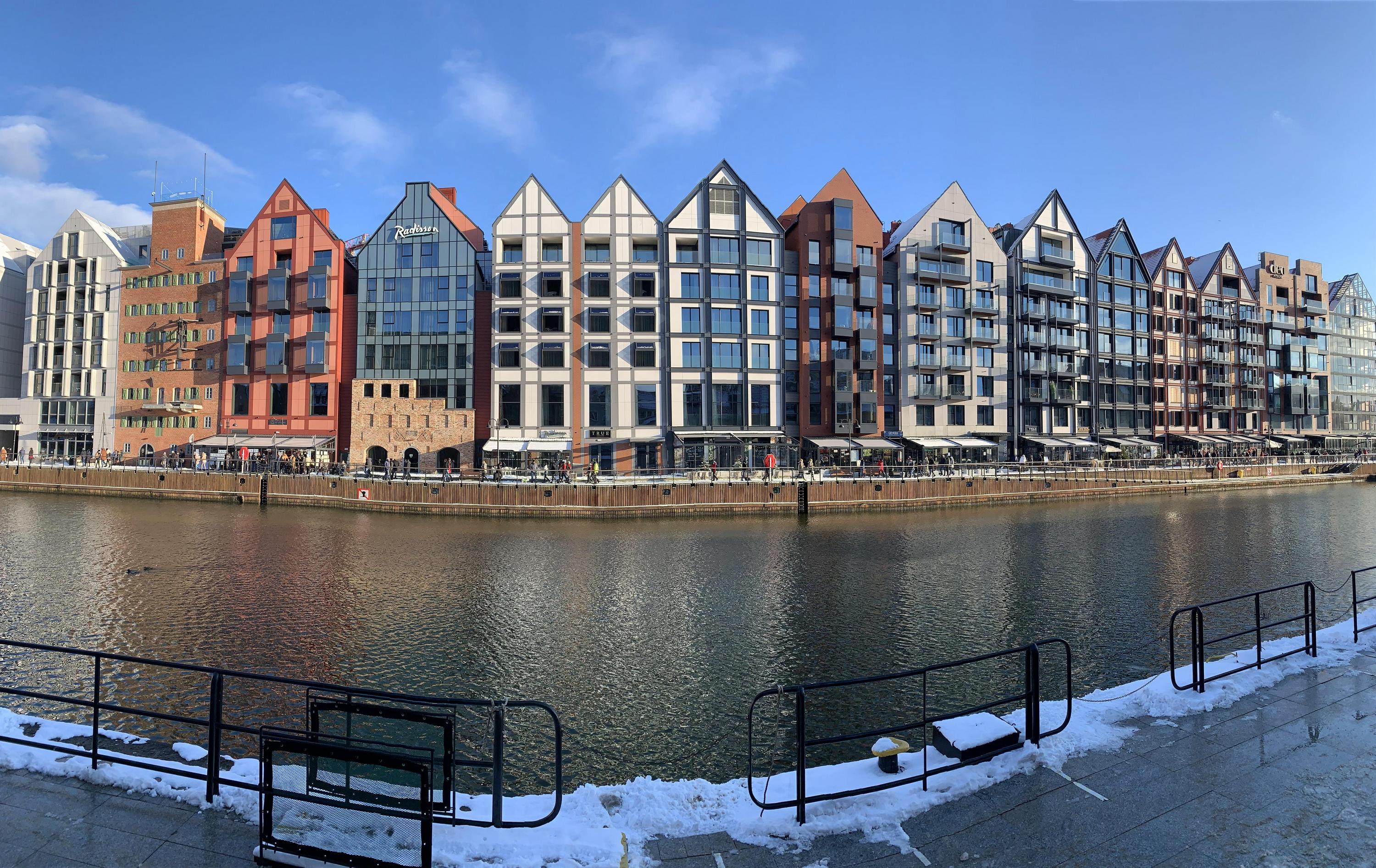 The place of the action - the cult Wyspa Spichrzów on the Motława River in Gdańsk. A unique place on a European scale with a beautifully restored medieval Deo granary complex. The complex of buildings with an area of 40,000 m2 under conservation protection is an architectural pearl of the Tri-City.
Probably delighted guests of restaurants, hotels, offices and entertainment venues sitting in air-conditioned interiors and enjoying one of the most beautiful views of St. Mary's Basilica, the Crane and the Green Gate, do not know anything what drives air conditioning systems.
Due to the special nature of the place, designers have employed the Motława River to cool and heat the water. It is obtained from the river in the northern part of the Granary Island using a suction well made in the quay wall. The discharge of water into the river from the cooling system takes place through the second common well with the discharge of rainwater.
The water intake works all year round. Cooling units, whose task is to prepare chilled water, also act as heat pumps. Thus, river water from Motława is a source not only of cooling air conditioning devices, but also a source of heat for the heating system in the domestic hot water heating mode. During the transitional periods (spring, autumn), the cold waters of the rivers supply air-conditioning systems directly through heat exchangers, creating a system called free cooling.

The entire system had to meet the stringent conditions set out in the water and legal inspection in terms of measuring the changed water and its temperature. The system design proved that the exploitation of river water intake and discharge will not have a significant impact on the Motława River due to the small amount of water taken up and discharged in relation to the standard flow. It was also necessary to analyze the design assumptions and data from the Institute of Meteorology and Water Management, proving that the temperature of the discharged water will not exceed 35 ° C, and therefore it will meet the requirements of the ordinance of the Minister of the Environment, which specifies the temperature limit of water discharged into rivers. The analysis of the impact of the installation on the areas of the European Ecological Network Natura 2000 at the nearby Wisłoujście Fortress was also important.
Ultimately, the entire installation was launched and from 2019, the beautiful facades of the granaries of the Deo Plaza complex can be seen in the waters of the Motława, and tourists and hotel guests in the shafts of numerous coastal premises.