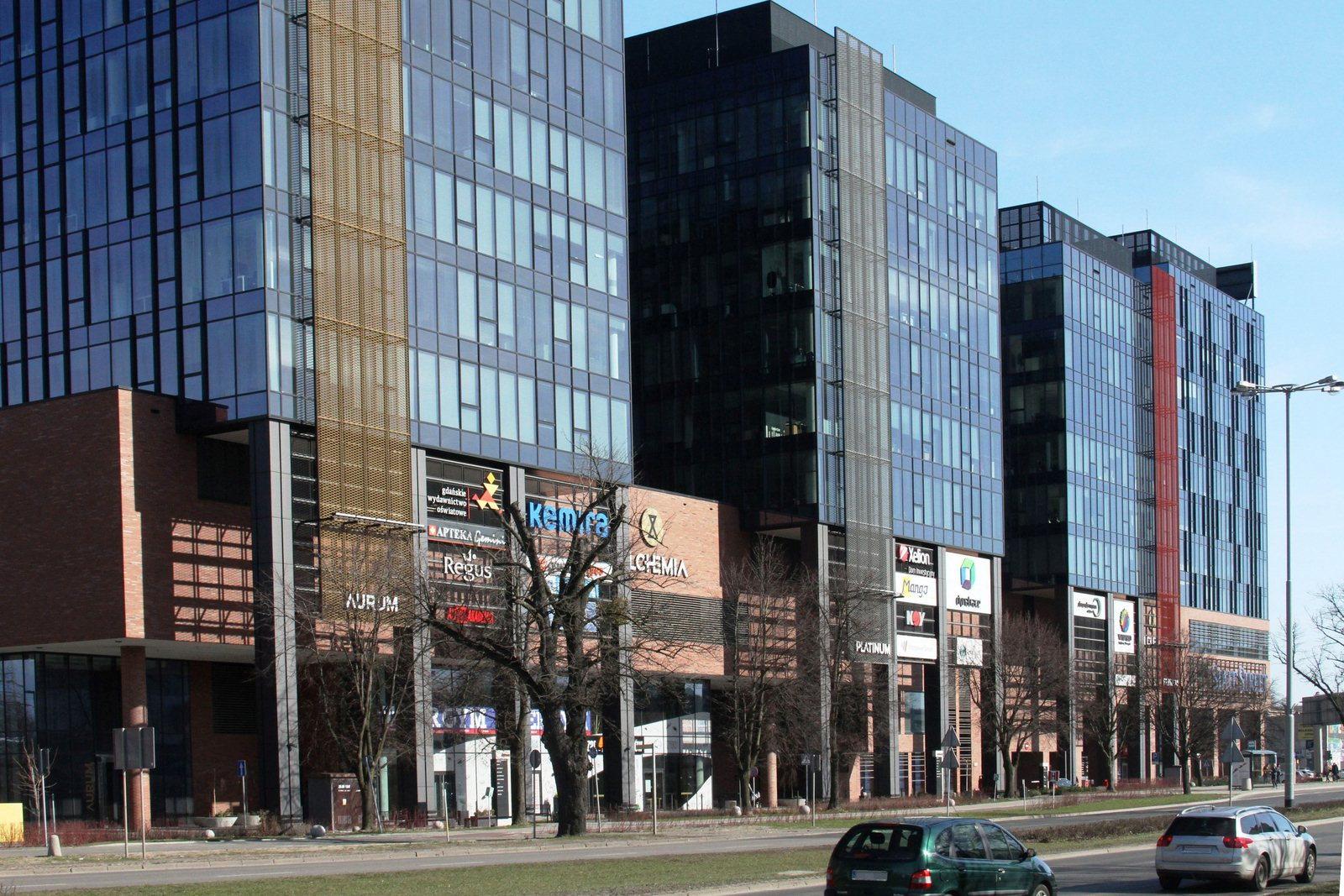 The first stage of the ALCHEMIA complex is continued with two more towers: Ferrum and Titanium. In addition to the office area, the ground-floor part also houses additional functions - a restaurant, café, and a medical center. The highest quality of space was appreciated by awarding the building with the title of the best New Office Building of the Year 2015 in Poland during the prestigious Eurobuild Awards competition. The “greenness” of the building is confirmed by the LEED certificate obtained at the PLATINUM level.
Designing a building in the shell & core standard, when future tenants are not known during the project, forces certain technical solutions. As a result, the ventilation and air conditioning systems in Alchemia II are not particularly sophisticated. However, it should be emphasized that for each person up to 50 m3 / h of fresh air is provided, which is definitely above-standard value.
Nevertheless, several elements of the installation have a significant impact on the high degree of energy savings. First of all, it is worth noting that for the gastronomic zone, the designers decided that high-energy air from kitchen hoods will not be thrown directly into the atmosphere, as is the case in traditional installations, but will first pass through a special cleaning system in cooker hoods, and then through glycol recovery blocks. warm. Of course, it is nothing extraordinary at present, but the project was created in 2013 and such a solution was by no means widely used then.
The central node for the preparation of chilled water has also been arranged in an interesting way. Both towers of the building have independent chilled water circuits. However, the main pipelines were brought down to the central chilled water machine. As many as five chillers were installed here. Two main aggregates with different cooling capacity working in a so-called cascade, ensuring the basic coverage of the building's cooling balance. However, three smaller units were also designed to act as a backup source of cooling in the event of failure of one of the main units. This gives full redundancy of cooling capacity, ensuring high security for very demanding tenants of Alchemia. Of course, it has not been forgotten that modern perfectly insulated office buildings in practice require cooling almost all year round. In winter, the cold is obtained in a very cheap way directly from the atmosphere, only through the operation of fans in the roof coolers of liquids.

Air-conditioning units are also non-standard for solutions used in typical office buildings. The air handling units have been designed with an internal reversible cooling circuit. In the summer, the air handling unit operates a compressor system ensuring cooling of the fresh air, giving the condensation heat to the exhaust air stream, working at the same time with a high cooling efficiency coefficient EER within the range of 3.5-4.0. On the other hand, in winter, thanks to the use of a 4-way valve, the refrigerant circuit is reversed and the unit becomes a heat pump, supplying heated air. As the lower source is exhaust air with a relatively high temperature of + 20 ° C, the COP energy efficiency coefficient reaches values of 6.0.